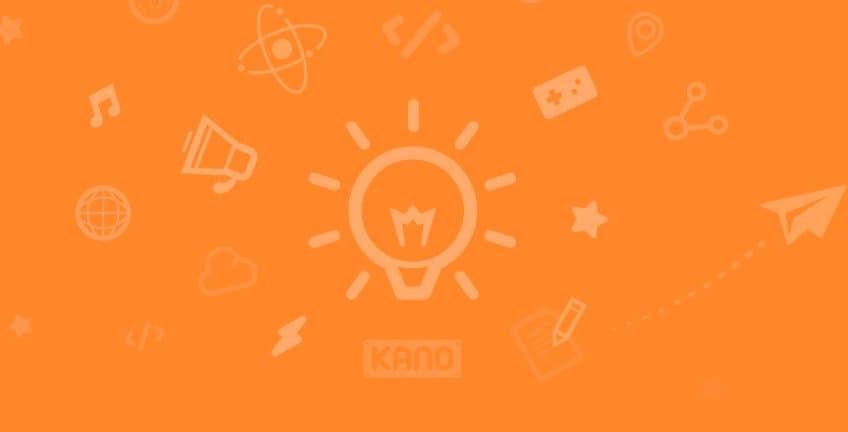 In an effort to introduce my kids to programming, I researched the various home computers aimed at children that have surfaced over the past few years, namely:

I spent a fair bit of time reading up on the above options, speaking to teachers that had used the devices in classrooms, seeing what kind of ‘projects’ were out there, as well as seeing what resources were available. 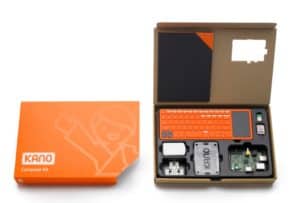 As you’ve no doubt determined from the title of this piece, I opted to buy a Kano for my little ones this Christmas.

I’m happy to say that the Kano isn’t just a Raspberry PI in a case – they have developed an entire learning experience for children (and adults!) and really seem to understand that kids need to feel involved at the ‘ground level’ to feel invested in something new.

So far we’ve had the Kano for about a week with my kids having been on it about 10 times.

At this stage (Week 1) the things that have impressed me the most are: 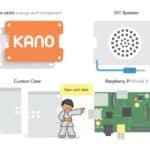 The small cartoon book tells your kids how to put the computer together, inserting the ‘brain’ (PCB) in to a case, connecting the speaker, keyboard and inserting the storage.

They even given a selection of stickers to decorate their Kano computer!

Personalising and Setting up the Kano 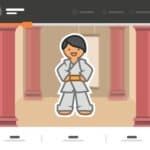 Once booted, the user is shown some fun bright graphics and asked to create their own ‘Kano’. They get to name it and completely customize the appearance from hairstyle right down to clothing and accessories.

The kids loved this and later on this avatar is used in the adventure game. 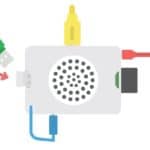 The Raspberry PI board is powered via a micro USB port (nice), the wireless keyboard is rechargeable via a USB port and the display port uses HDMI.  All cables are included and are easy to spot as they are bright primary colours.

This arrangement was great for us as we plugged the PI in to a built in USB port in our TV’s power point (yay – one less power supply) and straight in to the TV’s HDMI. It also meant the kids were even interested in what the cables did and could easily identify them.

The keyboard is not something I would have considered had I bought a Rasberry PI on its own – it’s easy to forget how big our ‘standard keyboards’ are for little fingers!

The built in touchpad is also a winner and the fact its rechargeable via a built-in cable is the icing on the cake. 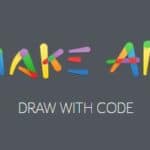 The very first app my 6 year old decided to have a look at was the Make Art app. Having done no preparation, I say down with her expecting to explain how to use something akin to Microsoft Paint. It turns out that Make Art is a simply script based drawing program with a series of pre-defined well written challenges.

My daughter jumped on the chance to ‘get stuck in’ and barely required me at all (worth noting however that her reading level is very good so she was able to read the instructions herself).

You can use the Make Art app without a Kano because they have put it online for anyone with a browser to use, check it out at: http://art.kano.me/

So far the only things I’d change about the Kano are:

Immediately after finishing the setup of the Kano, there’s a random series of images and text about binary. There’s nowhere near enough detail to explain the concept of binary to a young child and if we hadn’t been on-hand to explain to our kids that they really didn’t need to ‘get it’ at that stage, they’d have been somewhat daunted. I would recommend removing it from the intro altogether, instead creating an ‘adventure’ or activity to explain binary.

The range on the wireless keyboard seems very short as at a couple of metres away, it starts missing keystrokes (this is monior as I didn’t even realise it was wireless initially).

If you are considering purchasing a device to help teach your kids to code, I absolutely recommend the Kano. Often a barrier for a parent with this sort of thing is wondering what they need to do to get ready and I’m happy to say just this: buy the Kano, give it to your child.

While I haven’t tested it yet, if you have more than one child that would like their ‘own’ Kano experience but you don’t want to buy multiple units, you could simply purchase an extra Micro SD card and install Kano on it, they then simply plug theirs in when needed (although note they are small and fiddly!).