Below is a chronological log of my dealings with BT when getting Broadbank for our home, the current situation is that we now have broadband but the speeds we are getting approximately 25% of the speed we are paying for (and the speed both modems we’ve tried are reporting as available).  The BT Speed Test doesn’t recognize our phone number and so can’t do a test between the exchange and our house.

We recently moved house – the previous tenants BT Broadband was still setup (a relative) and seemed to perform OK so I opted to stick with them and sign up for our own account (better the devil you know).

I called them and gave them our details, offering to put them in touch with the former tenant but I was told in no uncertain terms that they already had contact details for them.  A few weeks later a letter came through our mailbox addressed to the previous tenant (the first indication that not much thought had gone in to the process), then we received various emails confirming our activation date.

Having found the BT HomeHubs units way too basic in the past, I decided to use my own modem (a TP-Link Archer D5 1200, known for their performance and hardware NAT).

I received two final emails confirming our Broadband was ready to go and letting us know our phone number.  Unfortunately the emails didn’t include any of the promised information for configuring our modem.  I called the number at the bottom of the email and proceed to have the most appalling technical support experience of my life.

I am all for outsourcing call centres and remote work where practical but I had a huge amount of trouble understanding what the gentleman I spoke to was saying due to incredibly poor English.  He also had a very peculiar habit of spelling out the headings/names of bits of information (for example ‘U S E R N A M E’) and then spitting out the actual information I needed in a rapid assault of barely intelligible sounds.

Finally when we got to the end, he said he couldn’t tell me my ADSL username because the ‘system was down’, he promised to send me an SMS with all the details for my ADSL setup (this never arrived).

In the end I hit up the BT Custmer Service team who came back in very short order with a link to the ADSL settings online.  Oddly, these settings were slightly different to those in the muffled ramblings of the telephone support technician – you can find them on the BT website here:

Testing Part 1: BT Don’t Know Who I am

I was finding the speed of the internet less than overwhelming so decided to use BT’s testing tool found here: http://diagnostics.bt.com/login/?workflow=Speed

Every single time I started the test, I got a message saying:

If I then click ‘Start Test’ again without changing anything, the test animation starts but then i get a message saying:

This essentially seems to mean it can’t measure the speed from my local Exchange to the building – only the download speed delivered to my desktop (so no more than any other online ADSL tester).

Despite this, it cheerfully gives it self a big green tick and a rating of ‘Good’ for his portion of the connection chain (my guess is this always says ‘Good’). 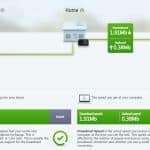 The following speed tests were taken at 9pm at night (so I’d expect some contention at the exchange), as it stands I’m getting a rather shoddy: 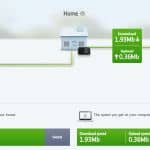 Knowing that service providers will generally always blame third party kit before even taking a look at their own systems, I reinstalled the previous tenants BT HomeHub and did a speed test using that at 7am (where I’d expect very little contention), this gave me:

Interestingly both the BT HomeHub and my Archer D5 both report much higher maximum speeds available than I am getting (like four times higher):

I’m now faced with the dreadful task of calling up BT’s Customer Support team and trying to get some sort of resolution.  Last time I did this for the house next door, I spent several hours on the phone with a technician that came to the conclusion that because the speeds being delivered to the phone exchange were ok, it wasn’t BT’s problem that the speeds from the Exchange to our house were poor (to me this proved that it *was* a problem with BT’s infrastructure, not an issue out on the Internet).

Given how quick the Customer Service team was to respond to tweets, I think I’ll try that route first!