Today was the official End of Life for the a line of Cisco units that I really felt had brought it to the masses by filling the needs of SOHO for a simply firewall, router and PBX solution.  A little like the baffling decision by Microsoft to terminate Small Business Server series, this move by Cisco has confounded enthusiasts and re-sellers alike. 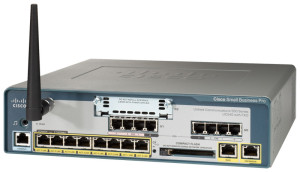 I completely understand the need to update and innovate and the Unified Communications series certainly needed a bit of TLC (lack of Gigabit support, poor codec quality, etc.) but all we needed was an updated version – instead Cisco appear to have abandoned to the SOHO market altogether and this market share will be snapped up by others such as Avaya and Asterisk.

To quote what others are saying on the Cisco forums:

The other beauty of the UC, was you didn’t need a rack to deploy it. Sell it to a small office, mount it on thier back board and they now have a firewall, wireless, killer SMB PBX, and 8 port switch.
I’m sorry guys, but the more I think about this, the more I think you’re blowing it.
Cisco has always been awesome about getting their partners input on products, you blew it on this one.
I would venture to bet, very few Select Certified people are aware of this, otherwise there would be WAY more posts in this forum.
Rees Roberts

This is absolutely ridiculous. WHY Cisco??
You’ve officially alienated and pushed yourself out of the small business market.
UC300 – perfect for small micro
UC500 – perfect for 90% of customers under 100 users
The only possible way, as pierrescotland said, is if we can get that initial server cost down or out.
Cisco has abandoned the SMB market.
Aadam Hassanali