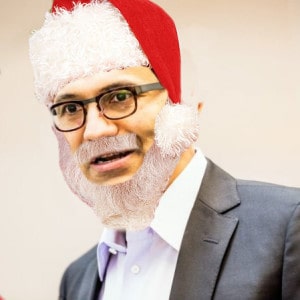 He’s set a course and yanked the Microsoft mothership in a new direction – time will tell if it turns out to be a profitable one.

Personally I think Microsoft has made some great moves but last month I still sent a Christmas letter to ‘Satya Claus’ up the chimney.

I have no idea if I’m on the naughty list or not but I haven’t heard back from him and there was nothing from him under the tree.

Here’s what I asked him for:

When Microsoft first brought Hosted Exchange to market, its management features were so poor it was practically unusable, you had to go to 3rd party providers such as AppRiver for a decent product.  If you contact their supported team, you would immediately be told you had to use Powershell to do practically anything, which in turn meant you had to authenticate with a remote Exchange server you had no real access to.  Since then, the Office 365 and its Exchange Administration web GUI have made great progress in terms of number of features – the problem?  They are loaded with bugs, a couple of my favorites:

Disappearing Aliases: In the past few months when moving customers to the Office 365 platform, some customers suddenly stop receiving emails – when we login, we discover their email aliases have disappeared.  Recently this occurred 3 times in 3 days.  Not suprisingly, customers are generally displeased to stop receiving external emails company-wide.

TIme-outs: I have yet to create a Shared Mailbox or a Meeting Room mailbox without the page timing out and giving an error.  Half the time the mailbox is created and half the time it fails, of the times it does work, it’s not visible in the mailbox list for hours.

Considering that the Microsoft Partner portal is the primary point of contact, resources and information for people championing Microsoft products, you would imagine it would be slick, quick and useful.  Unfortunately its a behemoth – more of a collection of mis-matched subsites, bolted together using an SSO service (Single Sign-On).

It crashes constantly, refuses to work with browsers other than the dreaded Internet Explorer and is just generally a disgrace.  My advice?  Hire a small team of professionals whose goal is to rebuild it from the ground-up with no geographical boundaries.  As the MD of three companies 4000 miles apart, the segregation of departments based on location – in what is a global market – is absurd.  My Caribbean company has customers in the USA, UK and Asia.  My UK company has customers in the Caribbean, USA and Europe.  Microsoft need to rethink the structuring, the only variables should be product and language, not location.

3. Show Me The Money

As a long standing Microsoft Partner, we’ve been referring customers to the ‘Office 365’ platform for many years – we have still yet to receive a single payment from our referrals.  We’ve wasted so many man-hours chasing up the payment teams, sending and re-sending bank details.

Many Microsoft Partners have shifted to Google Apps for Business instead, simply because Google pay up. 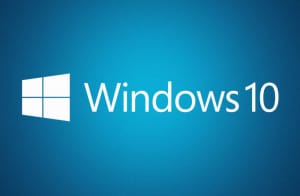 Cortana Search: A big push in Windows 10 was for the use of the Cortana search to service all of your needs – if you need to open an application, you should type it there was the theory.  Why then is it so bad at determining what I want?  I have never run the WordPad application on my machine yet every time I type ‘Word’, what’s the first thing that comes up?

Default Application: Windows rarely ever gets it right when it comes to Default Applications – this was never a problem because you simply used the ‘Change Default Application’ check box after a ‘Right Click > Open With’ on a file then selected your weapon of choice.  For some reason Microsoft have now decided that if you don’t like their short-list of installed Applications, you have to go hunting around for the executable file.  In some cases – such as Photoshop – this is a real pain.

5. Stop Forcing Rubbish Software On Us 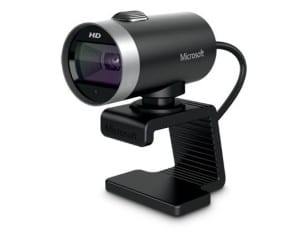 Without a doubt, the best webcam I have used in many years is the Microsoft LifeCam Cinema.  I’ve personally bought at least twenty of them.  They are what we use in all my companies, they’re what I use at home and what I bought for my mum.  There are numerous sister models too, which all tend to get excellent reviews.

Unfortunately they all come with one monumental glitch: they automatically download a suite of software from Microsoft that is intrusive, unnecessary and actually causes the Lifecam Cinema to drift in and out of focus over and over again.  What irks me most is you are not asked if you want this detritus – it downloads and tries to install without any user interaction, the hallmark of malware. 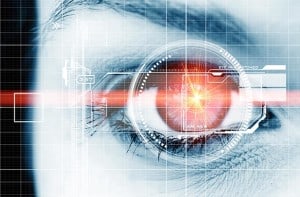 Everyone I’ve told this idea to has loved it and told me to patent it or at least do it myself and sell it, the truth is its just too simple and should be free and already available (which is why I’m baffled it hasn’t been done yet).

Like many people who work on computers all day, I have two monitors.  I’ll often jump from one to the other when working but often I start typing only to realise the ‘Active Window’ is currently on my other monitor.  I have to move my hand all the way from my keyboard to my mouse to click the windows then I have to move it all the way back again – its exhausting.  🙂

Well ok, it’s not that big of a deal but I do think that all the OS makers are missing a trick here – its a basic human-interface feature to make a monitor ‘aware’ of when its being looked at.

I never contact the Office 365 support team any more – for the most unique reason ever:

They are completely over-zealous.  Once they get their teeth in to you, they wont leave you alone.

You’ll get voicemail after voicemail of barely intelligible garbage from them, canned responses suggesting re-installing your Outlook profile for domain name problems and so on.

The entire ethos of the Office 365 support team seems to be to get as many updates to the customer rather than solving the problem.  I can only assume that there are targets and bonuses in place, which has created a “quantity not quality” culture.

I raised a ticket a few months ago, ticking the box to be updated by email and put a fake phone number in the phone number field.  I still found myself getting called all sorts of hours by Microsoft representatives who didn’t seem to have read the ticket and had no clue how to rectify my problem when explained.

8. Thumbnail Previews for Everything 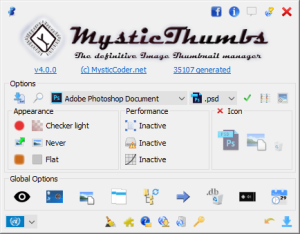 While this won’t affect everyone, users that do a lot of work with Adobe products will be particular familiar with the lack of thumbnailing support for AI, EPS, PSD and PDF files (Illustrator, Photoshop and Acrobat).

Annoyingly this is clearly a simple fix as there are multiple free libraries out there for fixing this (such as GhostScript) and smaller businesses offering excellent software to manage the libraries such as MysticThumbs.

I have no doubt that Satya could buy a company like MysticThumbs and implement their solution in to Windows 10 without breaking a sweat or just throw a team of developers at it for a few months.  It would make a lot of designers and marketeers very happy!

As I say, there was nothing under the tree and non of my requests have been received yet but its only been a few weeks since I sent it so I’ll give Satya Claus a chance!

One comment on “Dear Satya Claus: 8 Things I Hope Microsoft Fix in 2016”