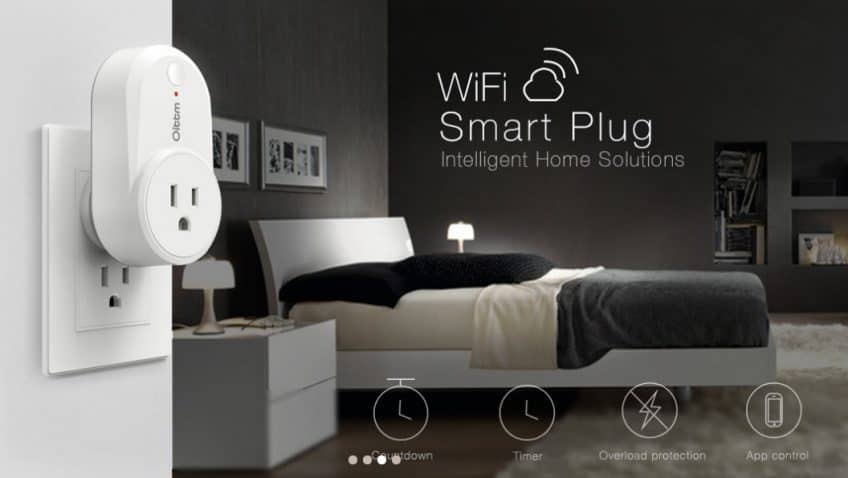 In another step to achieving my goal of not having to get up from the sofa to control anything in my house, I’ve been adding Echo-enabled Smart Plugs to my home network.

The latest of these I have tried are the Oittm Smart plugs (full disclosure, I received a discount from Oittm for this).

I’ve been using the unit for a couple of weeks now and my review is based on this.

I might update again in a few months should anything change (unlikely TBH!).

What’s in the box In the box there is very little, the packaging is simple (which I like) and there’s no plastic at all (which I really like).  You get a small instruction booklet, a Oittm flyer and the smart plug unit itself.

The instruction booklet is very well written, giving clear instructions on what should already be a fairly clear process.

The smart plug itself feels well made yet is small enough that it doesn’t have a huge visual impact when plugged in with a plug in it. I was *really* impressed with how easy this was to setup.

Firstly the app is easy to find and well reviewed on the Google Play store and one installed, you can immediately see that they haven’t cut corners with the app development.

Why is this important?  Well for many users, the app might be the primary way they turn this device on and off.

The App did seem to guide me towards connecting to my phone without me entering any sort of SSID or WIFI password detailed – I’ve no idea how this would work so I went directly in to AP Mode (top right hand corner of the wizard), this connects you directly to the Smart Plug via wifi (it broadcasts a wifi SSID if you power it off then power it on while holding the button down).

Once the Smart Plug had been ‘taught’ my home wifi networks details, it connected and the app was able to find and connect to the device fine. Connecting the Smart plug to my Amazon Echos was incredibly easy, I simply opened up the Alexa App and selected Smart Home from the main menu and then Add Device.

In no time at all, the device was listed as a Smart Home capable device and I was able to give it a more useful name. Once named, I could turn the device on  simply by saying:

When using the app, turning the Smart Plug on and off is near instantaneous however doing it via Alexa experiences the usual slight delay (half a second to 1 second) which is in line with what I’ve seen with all my other smart devices.

As with all my other smart plugs, there is an audible click when the internal relay engages the power, as well as the LED on the unit coming on.

It’s difficult to fault the unit really as its well made and does exactly what it says it will do.

For me the biggest selling factor were the ease of setup (with standalone and with Alexa) and the quality of the mobile app.

This unit does everything my TP-Link Smart Plugs do but for around half the price I paid for them so my next ones will definitely by Oittm Smart plugs!