Home / IT Support & Networking / Pentalobe, Apple Logo and Screwing You Out of Self-Repair

Pentalobe, Apple Logo and Screwing You Out of Self-Repair

Let me preface this by saying that while I primarily use PCs, for many years I used both Mac and PC (I literally had both on my desktop side by side) and used to work for VistaPapers/VistaPrint whose entire pre-press processing was handled by three Power Mac G3s (a long time ago!).  I’m not an Apple ‘hater’ but some of Apple’s decisions frustrate me immensely, especially given that if other manufacturers pulled the same stunts they would be ravaged in the media. 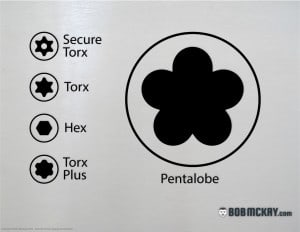 So what is a pentalobe?  In summary it’s Apple’s latest attempt to stop you being able to open up your own hardware. It is a custom screw head shape that isn’t any of the standard ones (even the rarer types such as secure hex) – see the picture inset.

Why Would Apple Do This? 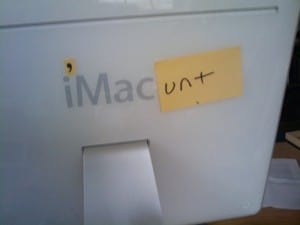 So the question is why would Apple do this?  Well in true Apple style they have been very quiet about it. I certainly don’t understand the logic as while it obviously makes things difficult for people to open up their devices initially, it was only a matter of time (a few weeks) before apple tools hit the market.. All they have done is frustrate customers and put all the self-fixers and tinkerers out of pocket, to the tune of $10 or so.

What Next? Apple Logo Screw Heads? 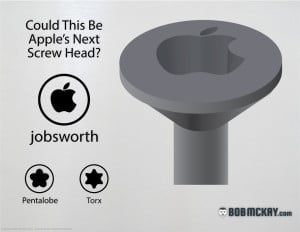 The idea of a screw head in the shape of an Apple logo might seem ridiculous but given the absurd lengths Apple seem willing to go to in order to keep people out of their own devices, this would be a smart move.

An Apple logo screw head would be the ultimate lock down because any unauthorised reproduction of it (to make tools) would be a trademark infringement, inviting Apple to a fresh bout of their favourite new hobby: litigation.

They could suspend sales of Apple logo screwdrivers in stores and on-line, take manufacturers to task and generally bully people around.

Macdeth – Apple’s Inexorable Turn to the Dark Side

Personally I feel that as a company Apple really has become the Microsoft of 10 years ago. They use their position to bully smaller companies with repeated patent lawsuits (stifling competition which drives innovation), if they can’t buy you they try and put you out of business (Dropbox) and they have an appalling track record for responding to security threats.

2 comments on «Pentalobe, Apple Logo and Screwing You Out of Self-Repair»