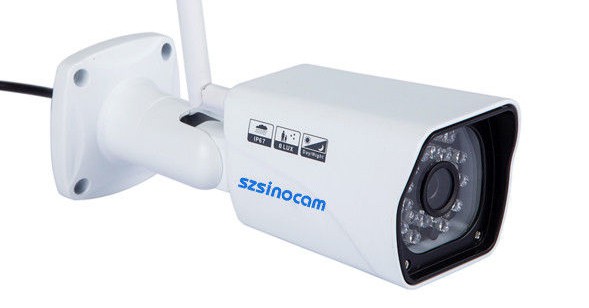 Update September 2016, I gave up on these cameras, instead buying a couple of Foscam cameras and a couple of Amcrest cameras – I’ll write a review of them in a few months.

After my recent purchase of a Synology NAS, I determined I was going to get the most out of it so as well as using it as a Media Server for my home, I wanted to use its excellent Surveillance Station app to record the feed from a few cameras around my home.

To that end I purchased a couple of Szsinocam IP cameras, my pre-requisites were:

The Szsinocam IPC-5503 seemed to tick all these boxes so off I went.

Unfortunately as I’ve come to expect from cheap camera equipment, while the video quality is perfectly good, the support is non-existent, there’s no obvious route for firmware updates and the instructions are laughable.

Having plugged the camera in to my network via a network cable and prepared to setup the camera to work with my Synology NAS.

The supplied software on the CDs doesn’t run at all on my Windows 10 or Windows 7 systems so I’m assuming it is something leftover from the days when people still used CDs and Windows 98 was all the rage.

I used a network/LAN scanner on my phone (‘Fing‘) to to identify the various devices on my network and spotted one I didn’t recognize.  Upon browsing to this, I confirmed it was the camera by typing in its IP address in to Google Chrome to access the web-based admin.  Unfortunately I was presented with a login page that wouldn’t do anything: 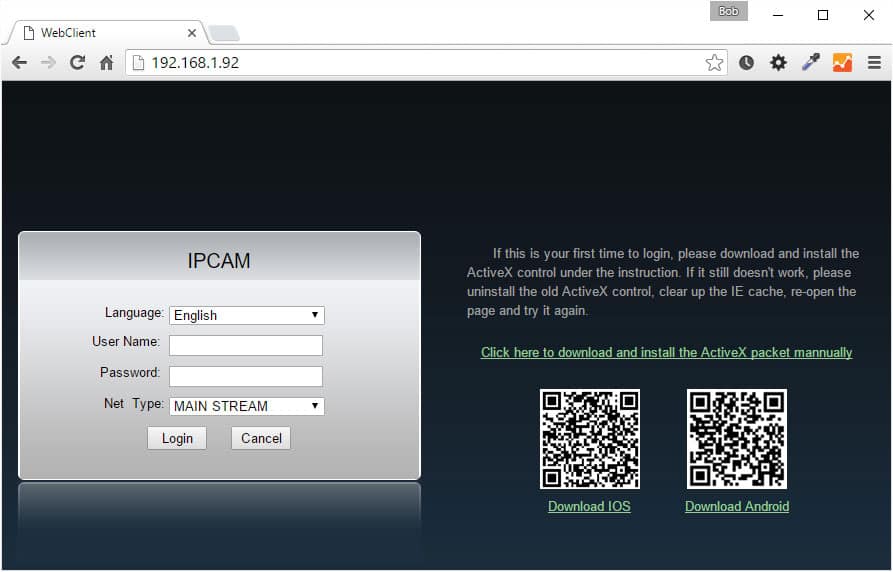 I tried a different browser (‘Edge’) and had the same problem.

It turns out that even to use the admin panel (not to watch the camera feed) you have to have a browser capable (or willing) load and run the ActiveX control.  This is going to be a real problem for some people (tablet users, Mac users, etc).

There are two download links for installers for apps for iPhone and Android but note these are not links to approved apps on iTunes or Google Playm they are direct links to the apps to load them on your device.

Download and install unapproved apps from a Chinese manufacturer on to my phone and tablet?  I think not!

Fortunately, Firefox for PC still runs ActiveX controls and trying this last, I was able to finally get in and configure the device.  When this stops working, I’ll have a real problem configuring the cameras!