Using the Hikvision Vandal Resistant Doorbell with a Synology NAS

As part of home improvements I was on the lookout for a video doorbell to use on the outside gates of my home, I had a few pre-requisites: 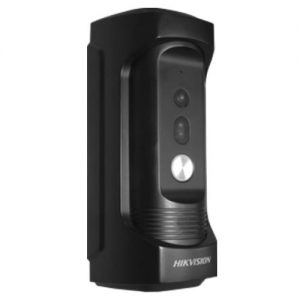 There’s not many options out there that are relatively cheap and tick all of the boxes but while researching, I found a few mentions of the Hikvision DS-KB8112-IM Vandal Resistant Doorbell.

Not only did it do everything I needed, I’d secretly been hoping for one extra feature: that I could use the camera as a feed for my CCTV camera system (powered by a Synology NAS running Surveillance Station) and this delivered in fine style.

Now I have not only a video doorbell with no subscription needed thats powered by POE on home network, I also have an additional video camera recording on my system all the time.

Out of the box the Hikvision DS-KB8112-IM worked great as a video doorbell and I was really pleased with the performance.  Unfortunately it took a bit of coaxing to get it to work consistently with Suveillance station – the camera added fine and a thumbnail was visible but live view was just blank at first.

The key setting for me was to change the Streaming Information Source setting under Edit Camera > Device Settings > Advanced to Streaming, rather than the default setting of RTSP: