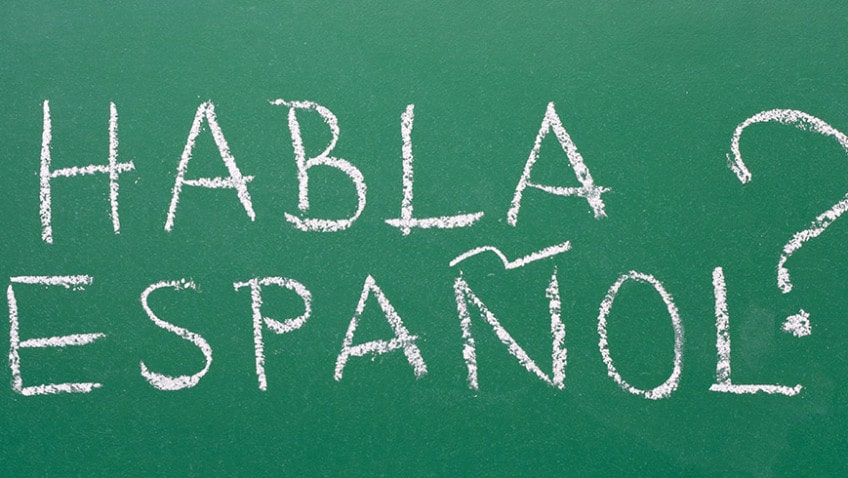 I set myself a New Years resolution of learning Spanish this year and as I run a business (well two) and a family, that leaves very little (read: no) spare time.

I decided to try and work out how and where I could squeeze in Spanish learning and the different ways to do it.  It will not be easy – acknowledging that is important.  If you want to make decent progress in Spanish in a year, you need to consider it like a part time job.

I made this easier for myself by exposing myself to Spanish from a variety of different sources and media types from videos and audio books to mobile apps and speaking with people.

Here’s what has been working for me:

While there’s tonnes of resources out there from verb books to dictionaries and student manuals, I found it very hard to find simple one-sheet lists of the verbs for the various tenses (for example, one sheet of for talking in the ‘past tense’ – i.e. I walked, I cooked).

In the end I decided to start making my own which you can download below or you can make whatever works best for you:

If you have a smart phone, a computer or a tablet PC then you have an incredible and completely free resource at your finger tips.   Duolingo (www.duolingo.com) is free, has no adverts and requires only an internet connection and something to run it on.

There are hundreds of lessons that start from the absolute basics, cover all the usual items you’d expect (food, directions, etc.) then it moves on to tenses and conjugation and finally higher end topics such as law, medicine and business vocabulary.

The best thing about Duolingo is each session only takes about 10 minutes – this combined with its portability (thanks to smartphones) means there’s really no excuse not to do two sessions per day.  I do my sessions on my journey to work  (no – I don’t drive to work!).

If you have friends that want to learn Spanish, Duolingo also has a ‘leaderboard’ so you can compete against you friends for who is making the most progress.

The only negative thing I have to say about Duolingo is they do not differentiate between Latin American Spanish and traditional Spanish but there is so little difference between them that its still a great resource for everyone. 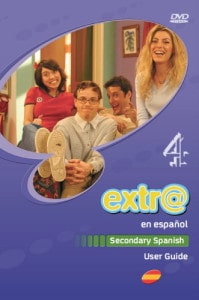 While this sounds like extra work, ‘[email protected] en Espanol’ is actually a tv series created by the British ‘Channel 4’ television channel.

The whole show is effectively a clone of ‘Friends’ but the actors speak in very clear, slow and enunciated Spanish, perfect for people that have the basics down and want to start improving their comprehension.

If you are about two thirds of the way through the Duolingo learning track then you are just about ready to start watching [email protected] en Espanol (but be prepared to pause and rewind when you don’t understand something).

Where to Find It?

For some reason its showing as ‘Current Unavailable’ on Amazon and Channel 4 haven’t replied to my message about where to get it from but all of the episodes are on YouTube here (I’m not sure of the legality of it but given there is no way to buy it…).

Many modern DVDs and Blu-Ray discs will let you switch the audio and subtitles around, I recommend Spanish with English subtitles for beginners and then Spanish with Spanish subtitles once you’ve completed two third of Duolingo’s Spanish learning track. 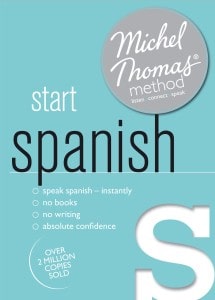 While running, cycling or drivingI like to listen to a series of Spanish audio books recommended to me called ‘Start Spanish with the Michel Thomas Method‘.

The reason these audio books are so good is because they don’t require any sort of writing, pausing, etc. – in fact at the beginning you are specifically instructed not to write anything down.

Yep – it may not be what you want to hear but an evening class once per week is a must-have as not only does it get you talking Spanish, it is also a regular unmovable item on your schedule to keep the pressure on.  If you are unable to do an evening class, I recommend finding an acquaintance or mutual friend that also wants to learn and meeting once per week (not I didn’t say a friend as you’ll just end up chatting!).