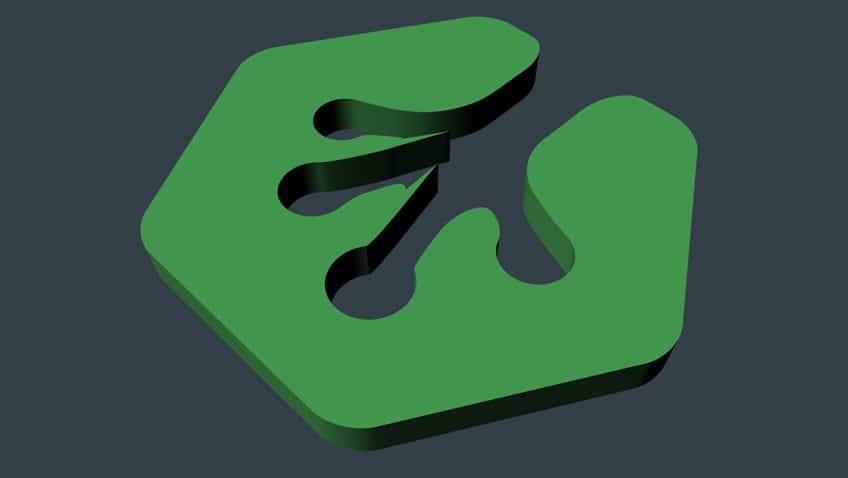 I signed up to Treehouse around a year ago to try and expand on my skill set, formalize some of my self-taught skills and gain certifications.  Now that I’ve been using it – and using it heavily – for a year I wanted to write real-world review from the perspective of a user, so here goes!

Treehouse Overview: What is Treehouse?

If you’re here I’m assuming you have some idea of what Treehouse is but for the sake of being thorough, here’s a few key facts:

And their promotional video:

In general Treehouse ecosystem is wonderful to work with. As you’d expect from educational platform whose courses are primarily web development led, the site is responsive, easy to navigate and easy on the eye. That said, as you’ll read in some of my later comments, the interface still feels unfinished and limited, as though it was rushed to completion and never returned to.

The course content is excellent on Treehouse and goes really in depth, right up to the bleeding edge on some subjects – they will often explain some technologies that haven’t even matured yet (due to browser support, etc.) – preparing you for things well ahead of the curve.

I took the CSS course expecting to be able to fly through it and gain the badge for fun (given 15 years experience in web development) and found myself hitting some questions I didn’t know the answers to and learning some great new techniques.

The videos themselves are obviously presented by people in the industry – the speakers in some cases are nervous and some of the two lecturer videos are a little wooden, although I suspect they are being a little tongue-in-cheek!   Nevertheless, the speakers are likeable, articulate and all the videos are clear, concise and well put together. 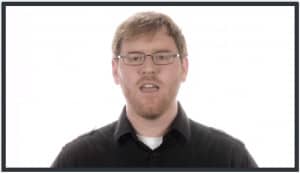 One of the Treehouse Lecturers

As mentioned earlier, most course assessment is done via short quizzes at the end of each section, covering what you just learnt and often making references to earlier videos too in order to bring everything together. For the programming modules, there are also occasional coding challenges where you write scripts yourself and they are submitted and tested live, I loved these as I’m a ‘learn by doing’ student. In particular I found the SQL coding challenges to be really useful and intuitive.

One big upside to the Treehouse system and my personal favourite is that the website works – albeit jittery – on my mobile phone, a Samsung Galaxy S4 (it wouldn’t work on my Galaxy S2 – it just crashed the browser).

Why do I love this much I hear you ask? Simply because my spare time is very precious to me and opportunities to squeeze in some learning are rare – with this platform and my S4 I was able to complete around 50% of my badges on trains and buses (or waiting for them).   The business and personal development sections I simply listened to while walking to the office – they are videos but it’s just the lecturers speaking so no need to watch them (I just set the video going, popped my head phones in and threw my phone in my pocket).

As I say, the website works on my newish powerful phone but may not work on yours.  Why oh why a website that touts learning to make mobile apps hasn’t made a mobile app yet I don’t know but more of that later.

The length of the videos (5 to 10 minutes) is perfect for those short journeys or to watch while having a coffee.

There is no Android App (which frustrates me no-end, despite the website proper working on my phone) but there is an iPhone/iPad App.  Amazingly, in a show of incredible unsporting behaviour Apple actually banned Treehouse from allowing the Android courses on the App, quoting some nonsense about it breaking App Store Guidelines, CEO Ryan Carson is quoted as saying:

“They said, ‘Oh, you teach Android, we can’t approve this app,’ and that seemed crazy to us,” says Carson.

“There’s some really weird behavior going on,” says Carson, claiming that the iPad apps for Lynda.com and Udemy have Android content. “We don’t know if it’s just a random oversight by Apple or if there’s something worse going on.”

“We don’t want to make Apple out to be the bad guys, necessarily he adds. “We got through it.”

There is a Treehouse WordPress Plugin for pulling badges from your profile, while it doesn’t offer a huge amount of control – and as discussed below, the badges aren’t a great representation of what you’ve studied – kudos to Treehouse for making the effort.  Here’s the standard shortcode for displaying eight pages off my profile (the default number is 8, pulling the most recently earned first):

The Bad and the Ugly

A few of my personal bugbears are:

Your profile page is where the ‘badges’ for all you courses go, its a public page so you can add the link to CVs, profiles, etc. to show the courses you have done.  Unfortunately, none of the badges link to anything despite having a clear hover effect implying the contrary.

The module names are often vague to the point of baffling and the description under the name is just a copy of the name.   Programming ‘badges’ are a bit more obvious but the badges don’t tell you what the programming language is!   These few oversights alone render the profile page pretty useless.  There are badges on my profile page that even I have no idea what they are for, for example:

I haven’t the faintest clue what this is for, what course it was for or how to find out.

I would have thought that the Treehouse developers would been keen to promote the use of the most holy concept of the HTML bible: the hyperlink.  In my humble opinion all of the badges should be linked back to the details of the course behind them (even if the descriptions are updated to include more than a copy of the badge name).

Certificates – or more precisely the lack thereof – are the primary reason for me dropping right back on the use of my Treehouse account and using Lynda.com.  Not only did I personally want certifications but my company would not spend money on training without a defined result – Treehouse also seemed to just brush the issue under the carpet.  Despite all the wisdom conveyed in the various business tutorials about feedback, customer engagement and building relationships; it seems it’s very much a case of ‘do what I say, not what I do‘,  In message forums customers were told 8 months months ago that “we don’t issue certificates, but we have plans to in the future” .   I followed up in the forums but received no response from Treehouse.  I emailed Treehouse directly asking for a status update and got the following reply from ‘Rob’:

Thanks for writing to us. Though, we don’t have any certificates of completion and such plans were put on the back burner some time ago. We’re more focused on producing new content and a better more streamlined model for our students. If you have any questions or concerns, please let us know.

So effectively, ‘we’re not doing that any more’ without saying it outright.  I replied thanking Rob for his response and pointing out that I would be cancelling my subscription.

What shocks me most about this is that numerous customers have asked for the feature, it would take a PHP developer no more than a day to do, yet Treehouse refuse to do it.  The only reason I can think is that they are concerned that if customers can print and save copies of qualifications, there’s no reason for them to keep paying their membership fees once they are done.  If you stop paying, your ‘profile page’ disappears along with all of your badges – smells a little like extortion doesn’t it?

Despite the negatives, the quality of the content, the fun engaging style of the platform and the number of highly relevant and up to date courses wins the day – not to mention a very reasonable price tag for such quality learning.

If Treehouse could just fix the few UI issues, knock out an Android App and enable downloadable PDF certificates that group the badges by course, it would be the perfect platform for me.  I’m also sure that the certificates would see many more schools using the platform for additional student teaching.

If you need certificates to put on the wall (or your employer requires it) then Treehouse is not for you yet but if you want to learn up to date, web and programming oriented skills in a very flexible way – give it a go !